Haiku News for All, Including Teachers

Posted on March 12, 2016 by Charlotte Digregorio

As haikuists, we should live in the moment. We capture the moment in our haiku. Memory also plays a role in haiku, as we live in the present, but at the same time, we are reminded of past moments that we can write about.

This winter in the Midwestern U.S. has not been particularly brutal, mainly just cold. But as I get older, even milder winters sometimes get bothersome. It’s actually “spring-like” in the Midwest now, already in March! It’s pleasantly cool in the 40s, (unusual), and in the past week, we’ve seen weather in the high 50s and even low 60s. I awake each morning and hear birds in the trees, though the branches are still bare.

Those of you who read The Daily Haiku regularly, know that I’ve been pretty consistent in running winter images throughout these past few months. But, I am getting tired of winter images, so I will distance myself from them. You’ll be reading “warmer” images from now on. After a long winter, as many of you–though not all my followers– have experienced, we need something to look forward to.

On another note, those of you who are teachers, please don’t forget to have your students enter the student-haiku contest, jointly sponsored by the Haiku Society of America and the Nick Virgilio Haiku Association (Websites: http://www.hsa-haiku.org and nickvirgiliohaiku.org). I have written about this before, and the deadline of March 25 is fast approaching. This is one of the Haiku Society’s most popular contests with the most entries. Kids love the recognition of winning, and they really seek out this contest.

And teachers, familiarize yourselves with the true nature of haiku, so you can be good mentors in teaching your students. There are several instructional posts about haiku on my blog and interviews with haiku poets. Also, you can log onto the Haiku Society of America website as noted above, and the website of The Haiku Foundation for instructional resources.(www.thehaikufoundation.org).

Further, my book, Haiku and Senryu: A Simple Guide for All, also includes lesson plans, outlines, activities, and homework assignments for teachers to use.

Tom Painting, a haiku author and teacher, recently wrote this review of my book:

A rich resource for teachers. Concise and accessible definitions of haiku and senryu. The material is wonderfully delivered and accessible to even student-poets. Loaded with examples and explanations. Just enough history for a foundation, and a fine dose of encouragement for the aspiring. 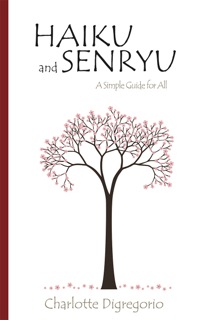 And, those of you in the Chicago area, don’t forget to attend my haiku/senryu presentation & workshop at Poetry Fest, to be held at the Chicago Public Library, 400 S. State St., Saturday April 30, from 3 to 4:30 p.m.

Incidentally, the Library will feature an exhibit of my haiku the entire month of April, which is National Poetry Month.

And, if you don’t live near Chicago, chances are good that since it is National Poetry Month in April, there will be haiku workshops and programs somewhere close to where you live. Haiku programs and workshops are becoming very popular, as more and more poets become haikuists.

With all the doings in haiku and senryu, there are enough opportunities for everyone to join in.

I publish books. I have marketed and/or published 55 titles. These books are sold in 46 countries to bookstores, libraries, universities, professional organizations, government agencies, and book clubs. In 2018, I was honored by the Governor of Illinois for my thirty-eight years of accomplishments in the literary arts, and my work to promote and advance the field by educating adults and students alike. I am the author of seven books including: Haiku and Senryu: A Simple Guide for All; Everything You Need to Know About Nursing Homes; You Can Be A Columnist; Beginners' Guide to Writing & Selling Quality Features; Your Original Personal Ad; and my latest, Ripples of Air: Poems of Healing. The first four books have been adopted as supplemental texts at universities throughout the U.S., Canada, India, Pakistan, and Catalonia. They are sold in 43 countries, and are displayed in major metropolitan cultural centers. These books have been reviewed, recommended, and praised by hundreds of critics, librarians, and professors worldwide. I am also the author of a poetry collection: "Shadows of Seasons: Selected Haiku and Senryu by Charlotte Digregorio." Two of my books have been Featured Selections of Writer's Digest Book Club. I am regularly interviewed by major print, radio, and television organizations throughout the U.S. I regularly sign books at libraries, chain bookstores, and university bookstores, and do poetry readings at art centers, cafes, tea houses, and galleries. I was recently nominated for two Pushcart Prizes in poetry. I have won fifty-nine poetry awards, writing fourteen poetic forms. My poetry has been translated into eight languages. I do illustrated solo poetry exhibits 365 days a year in libraries, galleries, corporate buildings, hospitals, convention centers, and other venues. My individual poems have been displayed at supermarkets, apparel and wine shops, banks, botanic gardens, restaurants, and on public transit. I have been nominated and listed in "The International Authors and Writers Who's Who" in Cambridge, England and in the "Who's Who In Writers, Editors & Poets U.S./Canada." I hosted my own radio program, "Poetry Beat," on public broadcasting. My poetry has been featured on several library web sites including those of Shreve Memorial Library in Louisiana and Cornell University's Mann Library. My background includes positions as a feature editor and columnist at daily newspapers and as a magazine editor. I have been a public relations director for a non-profit organization. I am self-employed as a public relations/marketing consultant, having served a total of 118 clients in 23 states for the past several decades . In other professional areas, I have been on university faculties, teaching French, Italian, and Writing. I regularly give lectures and workshops on publishing, journalism, publicity, poetry, and creativity to business and professional groups, and at writer's conferences, universities, literary festivals, non-profit organizations, and libraries. I have been a writer-in-residence at universities. There have been about 400 articles written about me in the media. I have served on the Boards of writers and publishers organizations. My positions have included Board Secretary of the Northwest Association of Book Publishers. I served for five years as Midwest Regional Coordinator of The Haiku Society of America, and for two years as its Second Vice President.
View all posts by Charlotte Digregorio →
This entry was posted in Appreciating Haiku, Appreciating Poetry, Beginning Poets, Charlotte Digregorio, Chicago, Chicago Haiku Event, contest, creative writers, creative writing, Creativity, Daily Haiku, Daily Poem, Haiku, Haiku and Senryu: A Simple Guide for All, Haiku Book, Haiku Contests, Haiku Events, Haiku Exhibit, Haiku Poets, Haiku Workshops, Japanese-style poetry, Language Arts, literacy, micropoetry, National Poetry Month, Poetry, Poetry Workshops, Senryu, Short Poems, students, Teachers, Teaching Haiku, The Daily Haiku, Writer's Organizations and tagged Contests, Haiku, Poetry. Bookmark the permalink.

2 Responses to Haiku News for All, Including Teachers