I hope you are enjoying The Daily Haiku which brings you a variety of haiku and senryu voices. (Senryu is haiku written about human nature and its weaknesses, and it is often humorous.) Haiku and senryu originated in Japan centuries ago, and there are many posts about them on my blog.

I have some exciting news to share. Even if you don’t live in the Chicago area,  if you are a writer, you are probably familiar with large literary festivals throughout the country. Printers’ Row Lit Fest in Chicago will be held on Saturday and Sunday, June 6 and 7. It is a huge festival celebrating many literary genres with readings, opportunities to meet prominent authors/speakers, book sales, and signings.

This year, I am honored to have been selected to read my poetry and sign my new book, Haiku and Senryu: A Simple Guide for All. Besides a couple of haiku sequences, I will be reading some of my other forms of poetry. 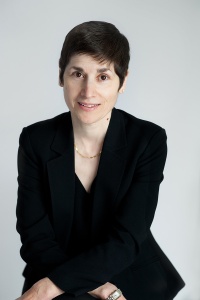 This event will be a literary extravaganza, and it only happens once a year. For full details, log onto, http://www.printersrowlitfest.org.

In other news, those of you who have specific interests in Japanese-style poetry, such as haiku, senryu, and haibun, please enter the Haiku Society of America’s contests.

As Second Vice President of the Haiku Society of America, I am the Contest Coordinator this year. You don’t have to be a member to enter. Visit http://www.hsa-haiku.org, the Society’s website.

If you are a winner, you’ll receive the recognition of your peers and the public, and your poems will be featured in the Haiku Society’s fabulous journal, Frogpond, and on the Society’s website.

Please be sure to read and re-read the contest instructions carefully. I am receiving some entries that are being disqualified because the entrant didn’t follow instructions.

Please take the time to enter, and best of luck!–Charlotte Digregorio